If there’s one thing that bothers Ohio protesters more than acts of tyranny, it’s slander. Last week we reported about how large media groups like NBC are pleased to lie if it helps their agenda. A couple of weeks into peaceful organized protests and we are starting to find smaller publications trying to capitalize and make a name for themselves, even if it is at the expense of truth.

Take this story from RawStory.com by Sky Palma. The headline states: “Jew-haters protest outside Ohio health director’s home…’ yet in the story itself, the author admits that it was a single person who held an anti-Jewish sign. See the text here. I took a screenshot of it because they mistakenly reported that one “woman” carried an anti-semitic sign.

The man carrying the anti-semitic sign is Shawn Jones. He is a deeply disturbed individual who is one of the few protesters that even other protesters do not welcome. I haven’t run anything clinical on him, but I’m afraid he’s mentally ill and needs help. He is convinced that he is being spied on by the government, that his attempt to run for POTUS is being thwarted by the powers-that-be who oppose him, and that “everything” is run by Jews. 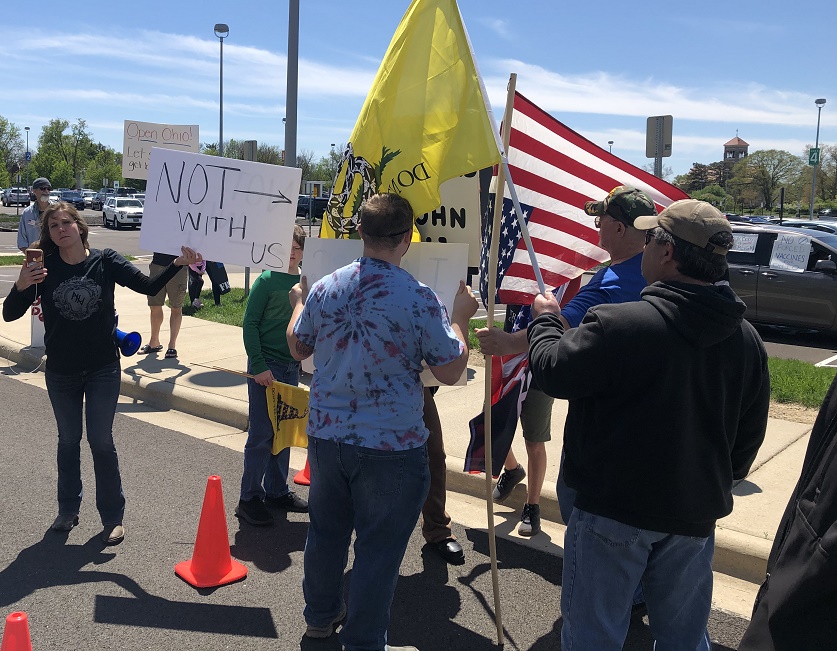 So when he shows up at a demonstration where Ohioans who believe the Constitution is still valid and that their neighbor’s livelihood is vital, you’d think that honest journalists would report those facts — for example, why not highlight the large “Not With Us Sign?” Why not point out the crowd of demonstrators who were distracted from their primary reason for being there because of their grave concern that they might be associated with him?

Sky Palma, everyone at Raw Story, or Jane Kaufman from Cleveland Jewish News (where Raw story pulled their story from) are all welcome to this information if they would show up to an event to witness what is happening. Shucks, they’re welcome to interview people from the events. I wonder why they don’t? Any eye-witness to the recent demonstrations would see that Shawn Jones and his anti-Jewish message are both completely unwelcome.

Cory Branham of Mansfield, OH who has attended four protests says “I will not stand for Antisemitism and I discourage the press from giving so much attention to this 1 individual trying to spread hate. This only encourages copycats and aims to imply these rallies are racist in general, which they are not.” 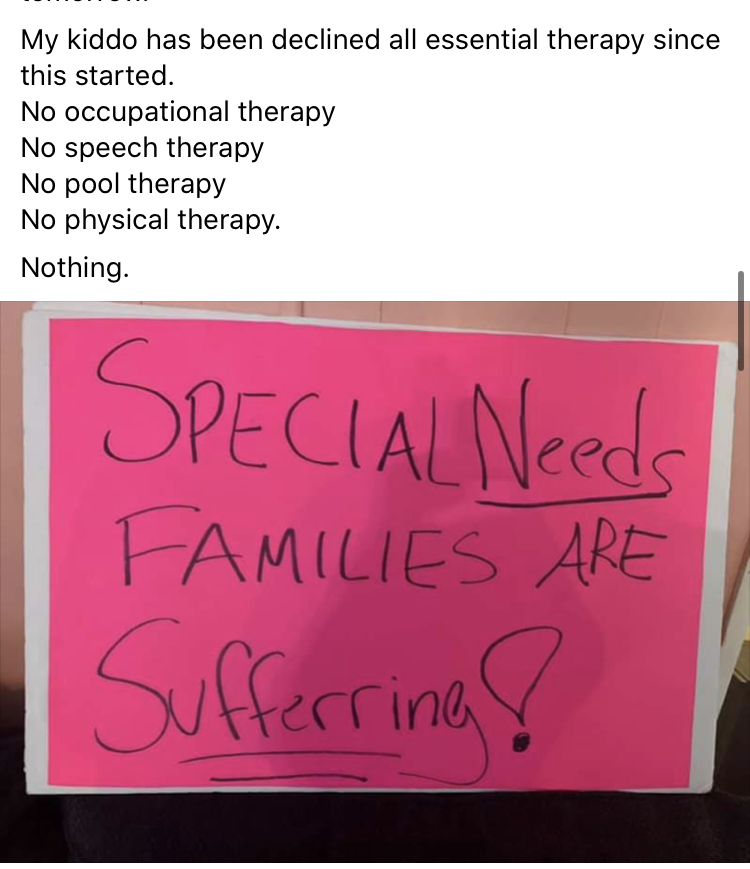 As an eye-witness, I will testify that there were times I was afraid protesters were almost TOO aggressive against Jones. He has a right to be there, too. But the point is that he isn’t “with” the group. The half dozen Ohio State Troopers who were present for the entire protest at the Department of Public Safety could also testify of this. It was a State Trooper who eventually admonished over-zealous demonstrators that Shawn had a right to be there, too.

Why not report on factual things like the number of people who are unemployed because of the shutdown, the inconsistency of what is deemed an essential business, and the suffering of Ohio citizens like the folks who made THIS sign to the right? ->

What is going on here? Check out this quote from the articles: Jewish News Story Raw Story.

James Pasch, ADL regional director in Cleveland, slammed the sign that popped up at Monday’s protest.

“It is outrageous for anybody to target Dr. Acton for her faith or who she is, and anti-Semitism has no place in the state of Ohio,” he told the Cleveland Jewish News. “Dr. Acton should be applauded for her hard work in trying to save the lives of Ohioans and we call out any anti-Semitic or hateful protests.”

What seems clear is that people who rely on there to be drama and difficulty are often the ones who see it everywhere. James Pasch, as far as I know, was not in Columbus on May the Fourth (be with you). Yet he ascertained from 150 miles away that folks are targeting Mrs. Acton for her faith? I guess if he needs controversy to justify his position, that’s on him. The Jewish faith should hold the 9th Commandment in high regard…so I wonder how religious James Pasch truly is?

Why does the press love pushing the narrative that our country is so divided by race or ethnicity when we are not? Because if you can paint someone as racist or antisemitic, then you can ignore their entire argument. Whether they are or are not truly racist is irrelevant, public perception is all that matters.

Let’s shoot straight here. Amy Acton IS not being vilified nor targeted for her Jewish faith. She is being targeted because of the position she chooses to be in as director of the Ohio Department of Health. She is the person who is advising Mike DeWine and is responsible for advancing the measures that are affecting Ohioans.

Mrs. Acton is the individual who avoids science, logic, and any meaningful understanding of statistics and health to advance a wicked agenda. Sadly, I’d guess she thinks in her heart she is doing the right thing. She’s what we call a Useful Idiot in that case.

Most importantly, she is created in the image of almighty God. Like Shawn Jones, Mike DeWine, and every demonstrator on the opposite side of the issues, Amy needs to be born-again of the Holy Spirit and granted faith in Jesus Christ who is the messiah that true Israel was always looking forward to.