“Is Genesis History” is a film by Del Tackett. It had a short exhibition in theaters, and was released for viewing online or by Blue ray or DVD at the film’s site: Click here to buy the film. 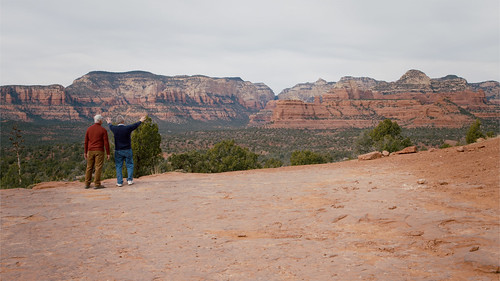 My wife and I thoroughly enjoyed this movie! From the start to the finish we were impressed with the artwork and beautiful scenes which were presented. The movie follow Del Tackett around the United States as he asks experts in different areas of science about the likelihood of Genesis being actual history, in contradiction to theories such as the Big Bang and macro-evolution.

There is no doubt from the onset of the film that the goal is to present the Genesis account of creation and early history as factual. Very little sympathy, if any, is offered to adherents to ideas contrary to the Bible’s clear teaching about creation.

There is one extra feature where Del and a theologian/author named Douglas Kelly discuss the history of the church’s compromise in this area. The church’s errors in this area are spoken of as mistakes, and never was an excuse made for those mistakes.

But I thought they could have been harder on people who have compromised in this area than they were. I wish that was just my personality, but the fact of the matter is this, false doctrine kills people. It damns souls to hell and it pulls even Christians away from the joy of the Lord. False doctrines always lead to more false doctrines. And there may be no bad doctrine which is as damaging or insipid as doctrines which undermine the authority, inerrancy or sufficiency of the Bible. 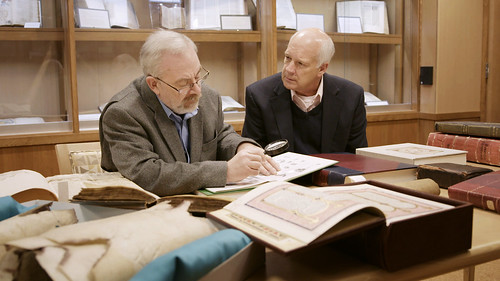 To the film’s credit, they made me want to learn more. There was even a challenge given during a special feature where the viewer is encouraged to ‘dig deeper.’ The scientists admitted that in order to make a film short enough for people to watch they couldn’t possibly include everything they might know or believe about a topic discussed. As well, they were taking facts and distilling those facts into the best possibly layman’s terms they could in order to give people tastes of the truths they hold dear.

It’d be like having a brain surgeon or rocket scientist explain what he does in a matter of minutes. It wouldn’t truly convey the complexity that is beneath that discussion. So my challenge for creation skeptics would be to watch this film, and then, when you are not convinced, to do the homework to learn the science behind what is being presented and analyze it for yourself. 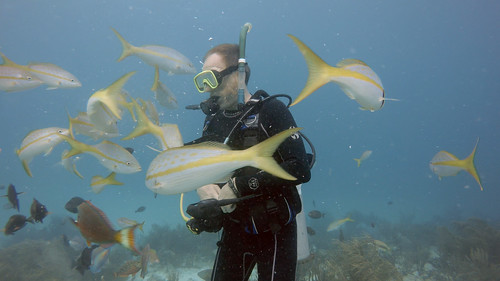 I do not believe this film would convince a harsh critic or skeptic of creation. In my opinion, this movie will be an EXCELLENT resource for the church. But the question has to be asked – was yet another resource proving that Christians ought to believe Genesis is literal history necessary? Will a film of this type be watched by “those who need to watch it?” That I doubt sincerely. I also doubt my unbelieving neighbor will go to the website and buy the movie and watch it, neither out of personal interest nor by my prodding.

I think the Christian’s only hope would be to buy a stack of these movies (after watching it him or herself), and have them ready to be given as gifts to people, or to host a showing of the movie, maybe for discussion. I’d love to see an effort made to create events at colleges where people can come see this movie.

My final comment is that I am never going to be pleased with a movie which purports to be Christian but never actually clearly states the Christian gospel. The gospel is mentioned. Jesus is referred to. But the minds of folks will never be opened to the truth of Christ without His gospel, and this movie had multiple very logical places where a brief presentation would have fit.

I don’t propose to know the hearts of all those involved, but it seemed odd to really come out with a bold stance concerning Genesis, and then basically miss the point of why we defend Genesis¸ which is because it is the foundation upon which the sin of man and the forgiveness found in Christ stands. I wholeheartedly recommend this movie. I believe it will be a help to anyone who watches it. And, despite the few areas where I’d have done something differently, I think it can be a valuable resource for people to use to being a gospel conversation with a neighbor, coworker or friend.

Would you like a DVD of the film for FREE? If so, leave a comment on this post and I will select a winner at random on or about May 1st. No special rules, just leave me a comment so I know you want the DVD.

If you visit Google.com today (go ahead and click the link to open a new tab), you will see that for today’s doodle they have a nice representation of women who have done wonderfully heroic and academic things from all cultures. This is in celebration of International (Working) Women’s Day which is March 8.

Even the average heathen has a conscience, one they cannot violate without consequence. Today is a day that many people celebrate the good contributions women make to our world – and a day many others celebrate their anti-God attitude toward a woman’s true, high calling from the Lord Jesus Christ.

So dear Christian, do you celebrate woman as God would have you? Do you want to tell others the good news that God Himself sent His only Son, Jesus Christ into the world to die for women who are sinners?

International Women’s Day is a cry for help. This isn’t a day that people finally have risen up to “stick it to the man” as so many are so certain. This is a day when women everywhere are being told their significance, their worth and their value are in how they contribute to a society, rather than found in another, Jesus Christ.

Women who pursue virtuous endeavors are to be lauded to the extent that they obey Christ’s commands for their lives and in the context where God has placed them, and this is righteous judgement for praising the accomplishments of a man or woman. Don’t get caught up in the social justice of it all.

I appreciate any comments you may want to leave for discussion. I have more to say, but want to keep the post under 500 words.

Twas the middle of the week. Thursday, I believe. We’d been talking about Noah and the flood all week, and we were looking at being thankful to God for His protection and provision.

I had a poster depicting Noah burning an animal on a stone altar. I asked the children, what did Noah do when he got off the ark?

“He burned an animal!” came the astute replies.

“To show he was grateful to God!” they said.

Seeing wonderful opportunity I told the children, “That is exactly what we are going to do. We are going to burn an animal too to show God we’re thankful!” The discomfort was palpable. Mission accomplished.

At this point I glanced across the room at my trusty helper, Kenton, a 7th grader. My class was used to me picking on Kenton by now. I said, “Kenton: did you bring the squirrel I told you to catch?”

Kenton sat and stared. I think he knew I was kidding, but he didn’t know what to say. It was perfect. To a more gullible being, Kenton appeared to have been caught in the act of not doing what he was told.

In my best I’m-disappointed-in-you voice I commented, “I ask you to do one lousy thing, and you can’t do it?”

It was at this point a student named Hayden piped up and said, “Let’s burn him, then!”

And that, my friend, is the funniest thing I’ve ever heard said by a student at VBS.

On March the 6th, 2016, I was honored to preach my first ever Sunday morning sermon at First Baptist Church of New Albany in Ohio.

To skip my comments and just listen to the sermon see below.


A few notable moments. Upon arrival I found out they were happy to allow me to lead the entire service. They had a bulletin already created which they could not get printed. As I was writing it out, I was so glad to see Heaven Came Down, How Great Thou Art and Victory in Jesus listed for singing. Then I noticed a song titled “Let Jesus Come into Your Heart” as the ‘invitation hymn.’

Not opposed to judging a song by its title, I asked if we could change it to “How Firm a Foundation” and they had no problem with that. The service flowed nicely with a skilled pianist and my friend Christopher offering prayer.

They had Scripture reading on their bulletin. I had not prepared for that. Since my sermon was about God’s Word, I thought it would be appropriate and helpful to read Proverbs 30:5-6. I then tested myself and tried to quote Psalm 1 from memory. I did it!! I thought Psalm 1 went nicely with my sermon, and it was the first time I had quoted an entire chapter of Scripture in public from memory (inside a church).

Then my daughter Bailey played perfect renditions of Amazing Grace and How Great Thou Art on her flute for special music. You will notice if you listen to the sermon that I open by talking about the hymns. I then do what I am apt to do (and learned from my own pastor), and I spoke for 20 minutes off the cuff while ignoring my notes. So many things flood to my mind that I want to share.

I really enjoyed myself and was very grateful to my friends Mike Stockwell and Christopher Ledezma who attended along with my 3 oldest children. It was a time of service to God and to one of His local churches. I appreciate everyone who prayed for me and the service. As a hipster Christian might say “God showed up big time.” 😉

When the Bible says “God saw” or refers to “God’s eyes” what do you think that means? Is God like we are. I had an opportunity for a short devotion this Sunday at my church and decide to look into the “Eyes of God.”

Notably, I posted about Habakkuk 1:13 years ago here. That is one of the verses I teach about in the above audio.


What if you found out that a fetus has no heartbeat, doesn’t feel pain, nor even grows until 18 days after conception – would that change the way you believe about abortion?

Would it change the arguments you used against abortion, or how you would intend to persuade people concerning having an abortion?

Would it change which laws you would support?

Now – what if you found out that a fetus has no heartbeat, doesn’t feel pain, nor even grows until 8 months after conception – would that change the way you believe about abortion?

Here is an article I wrote a couple years ago which speaks to this issue.